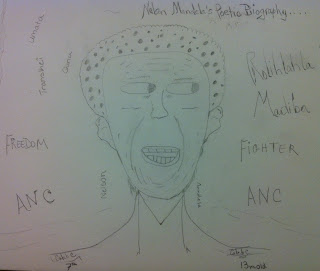 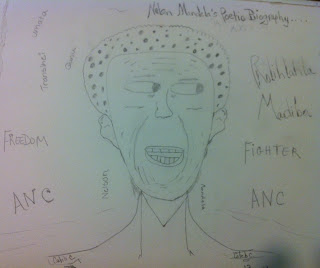 Tables of Content
1, Purest Form of Gold: A Long Journey to Freedom Day
2. What is like to be Free? Nelson Mandela’s Freedom
3, Awupatha: We Shall Not Be Dominated
4. Robben Island
5. Life Celebration
6. Tribute to all the Comrades:
Mandela Pays Tribute to the Martyrs of the Struggle
7. Rolihlahla, the “Troublemaker” for the Right Cause
8. Robben Island: Thrown into the Heart of Darkness
9. Robben Island: From Darkness to Light
10. Men Made of Gold: My Respect and Tribute
11. God Bless Africa!
12. Apartheid: The Idiocy of It All
13. Bullies’ Indignities: Down with all Bullies
14. Time to Breathe Fresh

Purchase a PDF copy of this ebook now


Purchase a copy of "Nelson Mandela's Poetic Biography: How To Live Before You Die - Experience Leadership Academy, Best Business Quotes and Freedom Struggle" from Barnes and Noble now


Nelson Mandela’s Poetic Biography:
Best Quotes, Leadership Academy and Freedom Struggle
Foreword:
As long as I can remember, I have been fascinated by freedom fighters and human rights activists. They are men and women who seek to redress the wrongs of their societies. I am talking about men such as the various African kings who fought hard to turn back the tides of slavery and occupation of their homeland, Abraham Lincoln who fought to keep the Union intact and ultimately emancipate the American slaves, Toussaint Louverture, Jean-Jacques Dessalines, Alexandre Petion, Henri Christophe, Jean Francois Biassou and many others who fought to liberate St. Domingue (Santo Domingo) and create the first black republic in the world, Haiti, Martin Luther King Jr. Rosa Parks, and countless others who fought in the Civil Rights Movement. The list of those who sacrificed their lives, possessions, and families for the freedom of the People, their people and complete strangers, is very long.

Nelson Mandela follows in the footsteps of all those heroes. He knew that South Africa could treat her sons and daughters better. He also knew that there were many other men and women from all ethnic and racial backgrounds who were feeling oppressed by the nationalist agenda. If the majority was not free, the minority was not either. Finding time and devising ways to redress the wrongs and indignities directed to the dark-skinned members of the society would have to take place over time. Little did he then know that the personal cost of his commitment would be very high and arduous!

Nelson Mandela knew that he had to give up everything to launch himself into the Freedom Struggle. He figuratively became a sacrificial lamb for the cause. Many others stopped bullets with their own skin and body only to depart the struggle at a very young and promising age. The non-violent revolution was not fought without bloodshed orchestrated by the apartheid regime. Wrongful accusations and imprisonments were common. And Nelson Mandela and many of his comrades would spend more than 27 years in prison. Many South Africans and sympathizers all over the world were also suffering along with the convicted ANC members. After all, if one was in jail, all were in jail. With hammers, they crushed stones. They were sent to the lime quarry. Their determination to the cause could not be crushed despite the forced labor they endured. Despite the situation, they managed to study and educate themselves at the Robben Island University (the prison).

In this booklet, you will read about the true measures and characters of men and women who survived the most brutal attacks against their persona but who coped and ended up surviving only to finally triumph. The oppressed and the oppressor alike are robbed of their humanity. The warders as well as the prisoners were not free. So many times, the warders had to defer to Nelson Mandela and his group in many areas.

Posted by ebookPublishersWeekly-UrbaneBooksPublishing-UrbanbooksPress at 3:48 PM